You attempt to "carve" with your vehicle on the way back from a days ride.
Ryan
http://www.Mountainboard.net
Top

Ryan wrote:You attempt to "carve" with your vehicle on the way back from a days ride.

That's not so bad, its when you start to try and scrub speed by running up the grass verge you need to worry;-s
Bring on the night!

GoofyMark wrote:That's not so bad, its when you start to try and scrub speed by running up the grass verge you need to worry;-s

A rather crammed full of kit Nissan Pixo 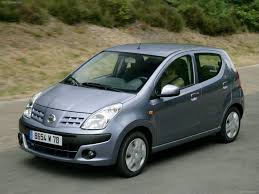 It's only a matter of time before mountainboarders are banned from renting cars.
Ryan
http://www.Mountainboard.net
Top

Or encouraged to rents a 4x4 that will survive it :P
Top

"When you wake up out side, on your back, every thing hurts and you smile."
Top

When your wife says "You can buy that new SURFINGDIRT shirt from zazzle!" and your response is "Any idiot can buy a shirt....It takes a special idiot to win one!!"

to take aprt your whole mountainboard to fit in a car to just go riding for 10 minutes 2 miles from your house
fresh.
Top

-When you start wearing protection and padding for jumping a sidewalk.

-When the first thing you think about when traveling is how to pack your board.

-When you cut down on food and bills because your gear has a scratch and you OCD about it until it's replaced of fixed.

- When you walk down a random street and all you can see is ride patterns.

- When your girlfriend fully enjoys the scenery and you're only filled with regret because you couldn't pack your board.

- When everybody treats you like a celebrity when you carry your deck around.

- When you go out to buy winter gloves and you come back with wrist guards.

- When you have an automatic mental check up of your body and board every time you fall.

- When you fumbled your backflip, you're upside down and your first thought is how to save your board

- When you want to start writing about the meaning of a 360 grab.

- When your brain works like Steven Hawking's when you have to figure out the physics behind a trick.

- When you can actually get an engineering degree solely on riding experience.

- When your vacations are all planned on the 6th of September.
Top

...when you piss on the snow

Kiwy wrote:
- When your vacations are all planned on the 6th of September.

When you walk up the hill a thousand times without ever walking back down.
Top

[color="Sienna"]When you crash and end up sliding 30 feet on top of your helmet checking out the world from a whole new bitchin perspective[/color]
[font="Trebuchet MS"][SIZE="3"][color="Sienna"]Save a deck, ride a dirtboarder.[/color][/SIZE][/font]
Top
Post Reply
116 posts